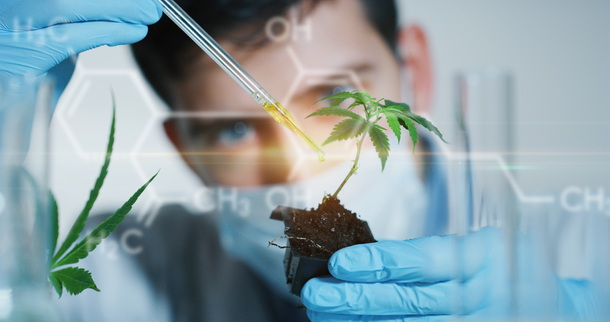 White House drug czar Rahul Gupta gave an interview in early October 2022 in which he discussed Washington’s current stand on marijuana legalization and rescheduling. During the interview, he talked about how future decisions need to be backed by scientific research. But he also acknowledged that research is limited. Therein lies the dilemma.

Plenty of lawmakers on Capitol Hill are more than happy to decriminalize marijuana across the board. But enough are against it to continue frustrating such efforts. Perhaps there are enough lawmakers among the opposition willing to find a way to reschedule marijuana rather than decriminalizing it.

Rescheduling could provide a comfortable compromise on the way to eventual decriminalization. But it might not even be an option if those faced with making the decision decide to wait on scientific research.

The Research Is Lacking

Beehive Farmacy is a Utah medical cannabis dispensary with pharmacies in Salt Lake City and Brigham City. Its owners say that many in the cannabis community are frustrated by the ongoing lack of research. But they recognize that researchers’ hands are tied by federal law.

Because marijuana is currently a Schedule I controlled substance, research is limited. Anyone who wants to study the plant for medicinal purposes needs to get special permission from Washington. They also need to source their marijuana from a tight federal supply. Needless to say, this is not easy.

Research into marijuana’s medical benefits has been stunted for this very reason. Until Washington reschedules or decriminalizes marijuana, there is nothing anyone can do to realistically boost research. But if rescheduling decisions need to wait on research, said decisions may never be made.

Kicking the Can Down the Road

As is the case with so much in Washington, regulators and lawmakers continue kicking the marijuana can down the road. The longer they do so, the greater the likelihood that all 50 states will eventually decriminalize marijuana across the board in defiance of federal law.

We already have 38 states with medical programs on the books. There are 19 states with both recreational and medical marijuana programs. Do not expect those numbers to be permanent. Some four or five states are poised to join the recreational ranks in the very near future. Another half-dozen of the prohibitionist states are on their way to approving medical programs.

The time has come for Washington to make a stand one way or the other and then follow through on it. If lawmakers and regulators are committed to keeping marijuana on the Schedule I list, then they need to get back to cracking down on marijuana crimes. If they are content to look the other way, then they need to just reschedule or decriminalize and get it over with.

Playing Both Sides of the Ball

Washington’s current position on marijuana is akin to trying to play both sides of the ball. You cannot do that and win. As the folks at Beehive Farmacy point out, Washington’s inconsistencies continue to contribute to legal conflicts at the federal and state levels. There are other issues as well, including the banking issue.

Banks that would otherwise offer cannabis businesses standard banking services are scared to do so. They fear federal reprisals for doing business with what federal law sees as illicit operations. The same goes for insurance companies.

At the current time, the Biden administration wants all its marijuana decisions to be made based only on science. But the science is not there. Furthermore, the science will be a long time in coming if researchers need to continue jumping through hoops to do what they do.

How Will a Surgeon Decide If Rhinoplasty Is Right for Your Face?

Why Choose Detox Only?

How Obesity and Overweight Destroy You

7 Free Online Resources to Help You with School Projects